Play and the Myth of Kids’ Games

It’s safe to say that modern board games have a broad scope – not just in theme, but also in the types of games available. Whatever you enjoy, there’s something for you to play. As a regular hobby gamer and casual observer of the hobby both in person and online, I find it interesting to hear discussions about types of games and what is fun, what is playful and what seems heavier/more serious. I’d like to examine the spectrum of players within the board game hobby who see “family” or “filler” play as inferior to “hobby” or “strategy” gaming. The way some people see the hobby is quite telling, yet I think we often miss out on why play is important no matter what the game, what play entails, and what light vs heavy games means for the hobby and its accessibility.

Play as a concept is viewed often as frivolous and primarily an activity for children, as “an amusing, pretend or imaginary activity alone or with another.” It should be understood, however, that play is not just for fun – it is compelling and necessary. So while play is often framed as key for children (and certainly socialization, cognitive development and learning are indebted to it), it should be noted that play is just as key for adults. Especially important is play that incorporates socialization between those age groups, as playing together brings joy, vitality, and resilience to relationships. Certainly worthwhile, and absolutely not frivolous – beneficial for well-being and development. And yet, play when framed as (board and other) gaming is usually seen as a lighthearted pastime – digging deeper within the hobby, there are definite views of certain games seen as frivolous while others serious and heavier.

The duality of these attitudes is what intrigues me about how hobby gamers identify and communicate their interests. It breaks down to something like play versus gaming (in essence, play versus strategic puzzles) – so why is there this distinction made, and what does it do to

splinter the hobby? First and foremost, a general distinction is made that lighter games are “family” or “gateway” games – parcelling them out of the hobby as something different to the remaining European-style, miniatures games and the like. When play is seen as childish, it’s easy to see why many gamers default to seeing family games as “for kids” and not embraced as integral to the board game hobby. (Although from personal experience I have played with a lot of younger folks who grow up and into the hobby!) Friend of the blog, Erin (from Cardboard Republic) made a great point that fans of heavier games see their enthusiasm for those types of games as having more of an investment in the hobby versus “casual” gamers who are more likely to play lighter/family games. You “work harder” when a game is more complex, it often takes longer to play and you’re invested; a serious, heavy or educational game might be seen as more legitimate, implying other types of lighter, entertaining games don’t have anything worthwhile to offer.

The distinction between these two spheres of gaming stands out most when I see hobby gamers asking for game recommendations to play with “non-gamers” or “wives”. They’re looking for games that are easy to teach and learn, that will be accessible to people who don’t often play games – “real” games. There’s often something missing when these requests are made – realizing people are generally naturals at play. From when we are kids, we’ve taken part in it, and probably still – without realizing. Introducing people to lighter/family games often leads to a more accessible hobby, and likely to more advanced play. The two shouldn’t be mutually exclusive, however. When I see lighter games viewed as “lesser”, it says to me that groups of people see those games as having less social currency in the hobby – and it can lead to talking about games in terms of “just” something (“just” dice rolling, “just” playing cards etc) versus their idea of more “worthwhile” heavier games. Further still, you can often see this divisiveness splitting up even those “heavier” gamers into the ideas of Euro gamers versus Ameritrash gamers, and the like. However, there are definitely a good number of gamers out there who are in the Venn diagram intersection of “light” versus “heavy” gamers (I should know, I’m one of them!) – who value the scope of tabletop games and like to dip their toes in each pool. This is not to say that the discrete parts of that Venn diagram aren’t legitimate in their own right, but should also exist without disparaging either camp.

Perhaps the basic differences between segments of gamers is really related to the types of people they are, who they game with, and what their favoured games can offer. The broader your range of gaming pals and what game mechanics and themes you enjoy means you’ll  likely partake in a wider variety of games, rather than a more specific type of game you enjoy (plentiful as that type may be). To me, getting into something like a social game, family game or lighter game means you’re someone more likely to enjoy interaction with fellow players in addition to interacting with the

game itself – and I think this is the key part to seeing these types of games as “play”. Light-hearted and often silly, with communication and interaction more frequently included, these kinds of games really give off the vibe of fun and play (and, depending on the game, team play and cooperation). Out of curiosity I asked on Twitter one day, “What are some of your favourite social/party games, light games, or family games?” In addition to the responses being a gold mine of great game recommendations, it shows that even within this sphere of games there’s a spectrum. From Haba games such as Go Cuckoo, Rhino Hero etc (seen as a strictly family brand) to deduction games such as Mysterium, dexterity games like Pitchcar, bluffing games like Cockroach Poker, drafting games like Sushi Go and.. And well, the list goes on. There’s plenty to choose from, regardless of whether you prefer guessing, flicking, bluffing, drawing etc. (Make sure you look at the recommendations I’ve pulled from responses below!*)

When I think about the heavy end of the games spectrum, I think more along the lines of them being puzzly, “thinky”, and often quite competitive – be the best at the strategy, get the most points and win. These games have more complex rulesets, they often play longer and can have far less interaction, playing more like multi-player solitaire. These aren’t criticisms of these games – it’s often what makes them great, for the folks that love them. I love pushing cubes, engine building, placing workers! Onlookers may see a serious group of people that don’t appear to be outwardly having fun – but these puzzley games push buttons for some gamers that other games just can’t. I see why that is, but I can’t understand why the value of lighter games and enjoying those fillers/family games (as well as medium to heavy weight games) is often underrated by many gamers. Is it a perception they’ll not have enough depth, or indeed any enjoyment to provide? Are their themes often off-putting? Games that fall within these more ‘gateway’ type games do have their own brand of competition, be they dexterity, charades, bluffing or a quick little card game. They all fit somewhere, for someone.

A lot of my experience in hearing these opinions is anecdotal. At an open gaming event seeing people scoff at a suggestion of busting out Rhino Hero; groans at someone pulling out Agricola; “that’s for kids”, “I’m not good at those type of games”. Not every game will be your taste – and if you know that, you know you won’t have fun playing. But I do love it when I read about someone who says they’re surprised by what they call a filler game, and had a lot of fun with it – “fun and simple” is a good surprise! Sometimes even the length of a “non-filler” game could 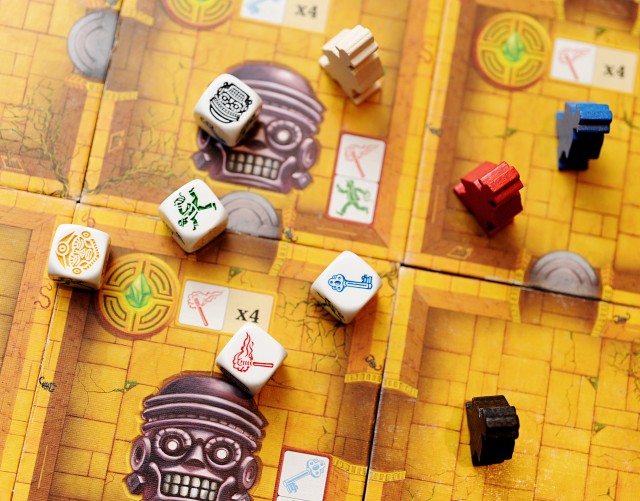 be of concern, but leans more toward the point that a filler game isn’t fun or “lacks depth”. Once you’re into the hobby, you may feel like filler games aren’t your jam anymore (if they ever were). It’s important to have gateway games for people who don’t wanna jump right into Twilight Imperium or Die Macher, who might be new to games and don’t know much about them at all. It’s important to have these shorter, lighter “filler” games because not every game night can be back to back 2 hour game sessions. And even if some of us don’t get Settlers of Catan to the table as much now that we know the breadth of hobby games available, what’s stopping us playing with someone who is interested in trying it, when maybe they’ve played and enjoyed something like Monopoly before? What I really like from this Reddit thread about “gateway games” is the top comment, which I’ll quote a lot of here because the sentiment really hits home about hobby gamers enjoying lighter stuff:

“I’m a firm believer that everything has a time and a place. I love a good heavy euro, but I work a full time demanding job, am a parent, and have a busy social calendar. The last thing I want after being locked in strategy meetings all day at work and a hour long battle with the kid to get him in bed at bedtime is a 2 hour mathy, stat heavy game. For this reason, more often than not, I play ‘gateway games’. They allow me still to have fun and enjoy the hobby, but also give me the chance to unwind after a hectic day.”

Fun comes in many shapes and forms; as this commenter noted, there’s a time and a place for everything (and I think everyone). If I have a limited time with a group of people to game, maybe I’ll try to get a number of shorter,

maybe lighter things out to play with them – or if we’re all in the mood, one longer strategy game. Perhaps even then, ending the game night with something fun and quick! It all means play – whether you’re puzzling something out to build your strategy, or picking something out to build your tower in a dexterity game, it’s all something that allows us to use our brains in a fun and cognitive way. Light games allow an entry point into the hobby, a fun and often boisterous way to play, and give us something to rely on when we don’t have quite the brain to deal with analysis paralysis right now. When we’re all just at play in this hobby, we should step back and realize that the variety of it is what makes the hobby great, and a huge selling point. Have someone who wants to try gaming but you’re more of the 2-3 hour strategy gamer? There’ll be a middle ground there, you have to just be willing to acknowledge that every type of game has value as well as a time and a place. Have fun.

The Education of Games

Returning Home: In the Hall of the Mountain King

2 thoughts on “Play and the Myth of Kids’ Games”