Below the surface of an idyllic lagoon, lie the wrecks of several sea-going vessels from centuries past. For generations, these ships have rested on the sandy bottom of the ocean, becoming the home for various aquatic creatures as they slowly breakdown. However, now the ships have been discovered and their valuable cargo is ready to be plundered! You take on the role of a treasure hunter competing with your rivals to raid the wrecks and fill your vault with the best goods!

In Wreck Raiders, you send your team of divers to the different ship wrecks littering the sea bed to collect valuable treasures and beautiful shells. With clever decisions and a plundering spirit, you may just become the wealthiest treasure hunter around!

On a turn you’ll choose a die from the reef and decide which wreck to send your diver to. The four different wrecks on the sea floor each house a unique type of Treasure (Gold, Gems, Art, and Relics). Depending on the number on the die you take on your turn, you’ll send your diver to that numbered space on the wreck of your choice, taking a Treasure tile from the location. If there are divers (yours or your opponent’s) on either side of the one you just placed, they will get to take a Treasure tile too, so you’ll have to be crafty about how you deploy your divers. If there is a diver already in the spot you want to go to, they are bumped to the Beach at the same numbered space. They then gain the indicated seashells from the supply. If there was another diver on that Beach space, they are bumped back to their owner.

When you gain treasures for any reason, you must immediately decide where to place them. On your personal board, you have a display where you gain house treasures in the hopes of earning Exhibit cards. You also have a vault where you can earn coins for sets of the same Treasure as well as unique ones.

At the start of the game, a number of Exhibit cards are turned face up, one more than the number of players. Each Exhibit is looking for a certain combination of treasures to be fulfilled. If you want to claim an Exhibit during your turn, you announce which one you’re taking, gain bonuses if there are Decorations on the card, and earn a style reward if you have all of the Treasures in your display in the right order. Then you discard the treasures from your display and refresh the face up Exhibits.

It wouldn’t be an undersea adventure if you couldn’t interact with some aquatic wildlife. The final thing you can do on your turn is spend seashells to to gain aquarium levels filled with beautiful and exotic sea life. Aquarium tiles come as either a bottom, middle, or top. Bottoms start a new aquarium, middles and tops can be placed on either middles or bottoms. Once the top is placed on, the aquarium is capped and no more can be added to it. Middles and bottoms have a coin value displayed on them, but tops have a variable reward depending on the elements in the aquarium itself.

Aside from being used to buy aquarium tiles and being spent as decorations, seashells all have a special ability that can be used during the game. You can spend conches to add or subtract to the total of the die you’re using on that turn. Scallops can be used to grab extra treasures when you send a diver to a wreck. Finally, starfish can be used to cover a treasure in your display making it wild, or can used to allow you to discard the rightmost treasure in one of your displays.

After a certain number of exhibits have been claimed (depending on the player count), game end is triggered and all other players get one more turn.

During final scoring, you’ll earn points for Exhibits and aquariums, and your vault will score in two ways. You’ll earn coins for each unique treasure in your vault, and you’ll earn a reward for each row that has three of the same type of treasure.

Only one player will walk away with the crown as the most talented undersea treasure hunter, but win or lose, you’ll have a lot of fun raiding some wrecks!

Wreck Raiders is now available in your FLGS.

Note: Sean J. is a part of the Kids Table Board Gaming team. This article is meant to share information about the game, rather than a traditional review. 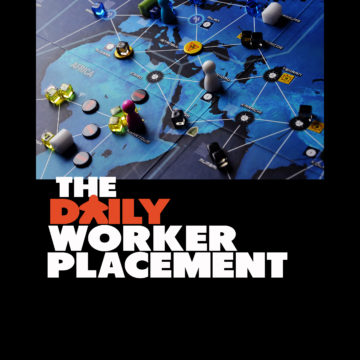 The Game Changers: A New Game In Town