When the Berlin Wall came down some people said it was the End of History. (Those people should have read Paul Kennedy’s The Rise and Fall of the Great Powers.) But for a fleeting moment there, it seemed as if the bipolar madness of the Post-WWII era was going to be replaced by a worldwide movement toward liberal democracy.

How innocent it all seems now.

But during that time when the Cold War was being referred to in the past tense, two guys decided to make a game out of it. The result was Twilight Struggle, by Ananda Gupta and Jason Matthews. Released in 2005, it swept up all kinds of awards and achieved a relatively rare crossover feat of appealing to mainstream gamers as well as hardcore wargamers. It held the top spot down on BGG for FIVE YEARS (December, 2010 to January, 2016), and it still sits at #4 on the all-time rankings.

How did a two-player-only game with a massive and complex rulebook and a playing time of up to three hours achieve such popularity? Part of the answer is hinted at above, in that it appeals to a wide array of players. But it’s also a damned good game, full of tense and difficult decisions, with a narrative arc that builds in tension as the turns pass–as well as sudden flare-ups that bring the possibility of sudden-death (in the historic sense).

Twilight Struggle traces its lineage back to 1992 and Mark Herman’s game of the American Revolution We The People (revised and released as Washington’s War in 2010). Instead of hexes, the map for We The People was a network of connected spaces. Combat used a mixture of dice and card-play. And, most crucially, gameplay was driven by a deck strategy cards that had different uses depending on which side played them.

This system proved very popular with players for various reasons. The simplified map and combat let players focus on grand strategy and politics. The network of limited connections between locations made the geographic and logistical dimensions of warfare easier to see. The strategy cards provided historical flavour by highlighting people and events both famous and obscure; from a design standpoint, they also help guide (but not over-determine) players in forming their strategies.

The We the People system was hugely influential in the consim world, adapted to the ancient world (1996’s Hannibal: Rome vs Carthage), WWI (1999’s Paths of Glory, still #100 on BGG’s all-time list), and many other eras. Which begs the question: why was Twilight Struggle the one to cross over?

Clearly the theme has a broader appeal, probably because it is more recent, and because the events and consequences of the Cold War continue to ripple and shiver through our times. But I think it is also because Twilight Struggle’s game mechanics serve its theme so naturally and well. Twilight Struggle is a game of bluff and counter-bluff, of paranoia (“Why did she play that card now?”), of desperation (“Damn that Bear Trap! I can’t afford to roll a 5 or 6 again!”), and of comic Strangelovean blunders (I once lost a game by unwittingly boycotting an Olympic Games, sending the game into DEFCON 1 on my opponent’s turn, which I thought would win the game for me since it was their turn, but it turns out I’d read the rules wrong).

The above anecdote serves as an example and a warning that Twilight Struggle is not an easy game to learn, and an even harder one to master. You really need to know the cards in the various decks so you can at least partially guard against nasty plays by your opponent. For example, if you’re the US you don’t want to pile influence into Cuba until you’ve seen (and hopefully buried) the Fidel card.

The staleness of the opening setup and Early War can be offset by buying the Turn Zero expansion pack, which lets players game out the ending of WW2 and thereby exploring a variety of what-ifs which change the official starting conditions of the game.

Twilight Struggle’s legacy is huge. Jason Matthews has gone on to a stellar career of excellent politically-themed games such as 1960: Making of a President and 1989: Dawn of Freedom. And his unofficial protégé Volko Ruhnke has figured out how to broaden the system to allow for multiplayer and solitaire play with his excellent Counter-Insurgency series from GMT.

If you still find the idea of trying to learn Twilight Struggle too daunting, you could start with Campaign Manager 2008, a very-much simplified take on the whole system, or Cuba Libre, the easiest of the COIN series which also has the side benefit of giving you the option of taking the role of the Mafia bosses trying to keep their Cuban enclaves up and running.

How future designers will gamify the current political situation is anyone’s guess.

GrandCon and the Art of Running a Convention

5 Great Card Games from the Past Year 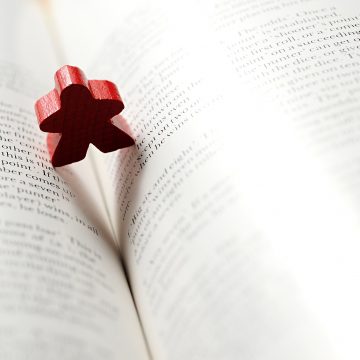